I have found that when vacationing with two toddlers, while pregnant, it is very challenging to ALSO take pictures simultaneously! It’s so simple with a phone that you can stuff into your pocket, but the 15lb camera does add a different dynamic to the diaper bag.. so I take advantage of the times that the boys are calm enough to walk down some cobblestone street that’s too small for cars or when we’re in the safe confines of a park, to take my camera out and snap a few pictures of them and our surroundings. Lately, both boys ask to hold the camera and get upset when the answer is “no”, so it is easiest to just keep it hidden until they’re occupied and it’s safe to take it out!!

This summer we were crazy enough to do one heck of an epic nine day road trip totaling 2236 kilometers (1389 miles), via Honda Civic. The boys were troopers and mom and dad definitely were too. It’s NEVER easy going anywhere with kids, not even the grocery store, but it’s always worth what seems like a beautiful struggle when driving to explore new places. Our itinerary looked a little something like this:

For fellow adventure seekers, I am posting our B&B and Resort accommodations at the very bottom. I recommend all three and would return in a heartbeat!

Unfortunately the only food photos I was able to take were those of a French baguette, which can be seen in two below: it is clearly sticking out of a backpack in image #2 and then being inhaled by the exhausted children in image #3.

However, the Patisseries and Boulangerie’s in France are DELICIOUS. And, obviously, I don’t think a bad Italian restaurant exists. I ordered homemade gnocchi twice (lunch and dinner) on day 6 in Bellagio on Lake Como. No regrets.

Something I appreciate about the culture immersion in Europe is the fact that we, but especially the kids, get to hear so many different languages spoken wherever we go. Just hearing the different sounds of the languages and words is hopefully developing something in their little minds that they wouldn’t get if we never travelled to different places. It’s exciting to hear your predominantly English-speaking three year old ask German children – in German – if he can play with them and share their toys on the beach.  I mean, I don’t even know how to ask that question with an accent that would be understood!!! Languages are fascinating.

There are so many exciting aspects to living and visiting Europe, I’m not sure where to start, but one thing I do want to highlight is how child-friendly Europe is. With having two boys under 3, life is a little crazy. Sitting still at a restaurant just doesn’t happen. My boys will take the crayons provided and peel the paper off and throw them at each other, instead of using them to color. That is just ONE example! So parents of little kids: girls or boys, be prepared to feel WELCOMED in restaurants. While you may still feel self-conscious of your child’s behavior (who doesn’t?), I have yet to meet a waiter, waitress, restaurant owner, or fellow guests at the next table over, who makes us feel uncomfortable because of our children’s behavior.

Also, consecutively throughout the last three years and amidst all the traveling we have done, I continue to be surprised at how CLEAN child changing areas are in majority of restaurants (there is typically a separate room with a padded changing pad, sink, wipes, etc., instead of just a plastic pull-down changing table). Kids are always smiled at, talked to, and given extra dessert (whether they deserve it or not!). Our boys have been invited to join the Italian family at the next table over so that Austin and I can finish our meal in peace, and in a separate instance, escorted to the kitchen to get special treats by the German cook in the back room.

I have found that I admire many aspects of European child-rearing, which include letting kids be kids, expecting them to be kids, but also challenging them with more mature expectations. For example: we have never been given a plastic cup at a restaurant. I honestly don’t think they exist here!!! If I don’t have their water bottles on hand, they use the wine glass or regular sized water glasses provided to drink their juice, water or milk out of.

I most appreciate the kindness we have experienced in Europe. So here we are, American and different – but respected and treated like family. We feel comfortable here although we have some differences, a huge one being a language barrier. Austin and I genuinely try to speak the language of the country we live in and the ones we visit, because that is our way of respecting our differences in return. In the end, it’s important to note that kindness is a universal language ❤

If you are craving a trip to France or Northern Italy, definitely keep these B&Bs in mind as your destinations!

Les Prairies de la Mer (Grimaud, France). For families with children, I recommend staying here when visiting the Cote d’Azur. There are SO many activities, a WHITE sandy beach (with little rocks compared to the other beaches in the region), a new [huge] pool, a wonderful children’s learning center for ages 0-6, restaurants on site, accessibility to the port and train tours to medieval Grimaud, etc. It was a great find! 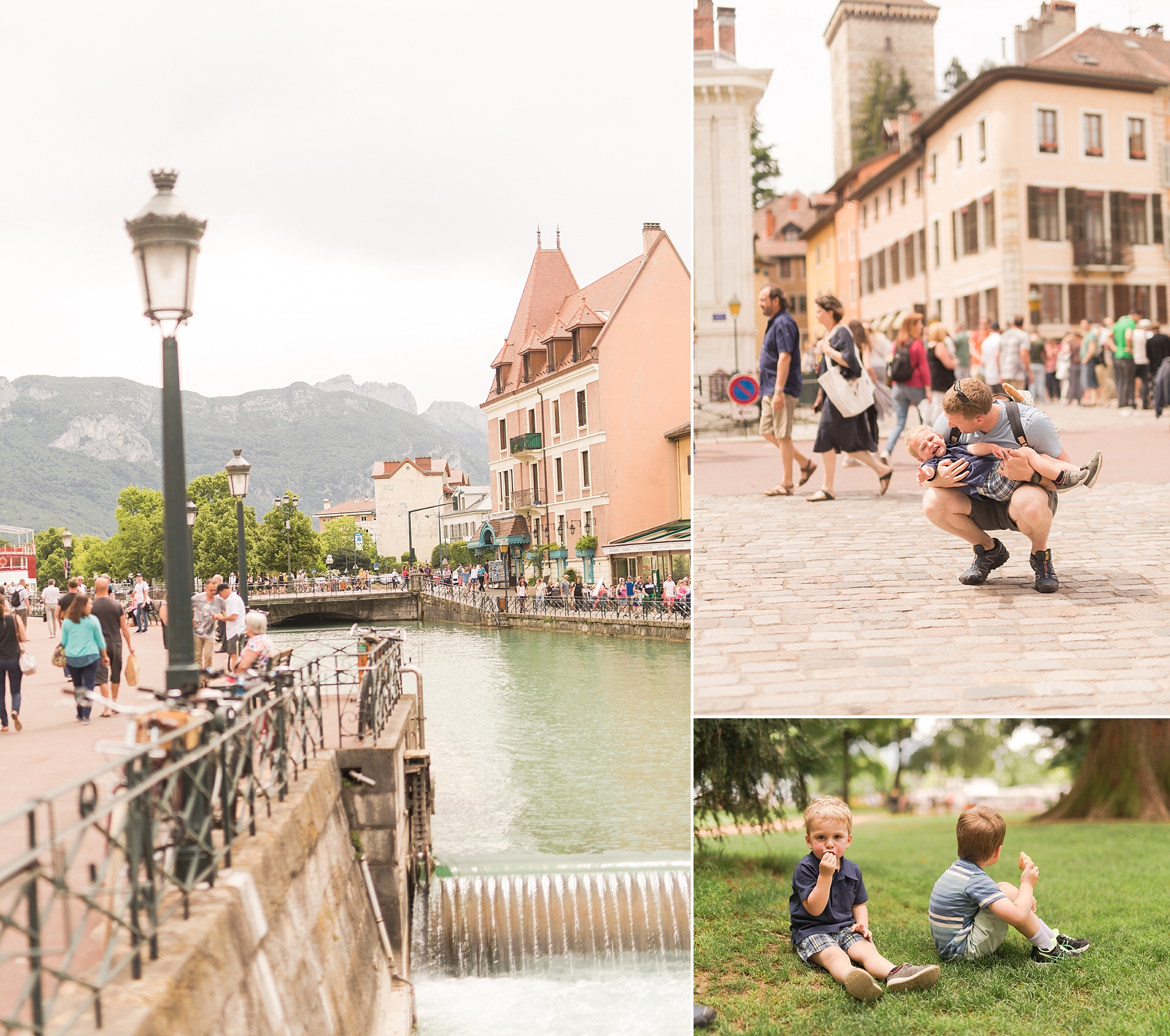 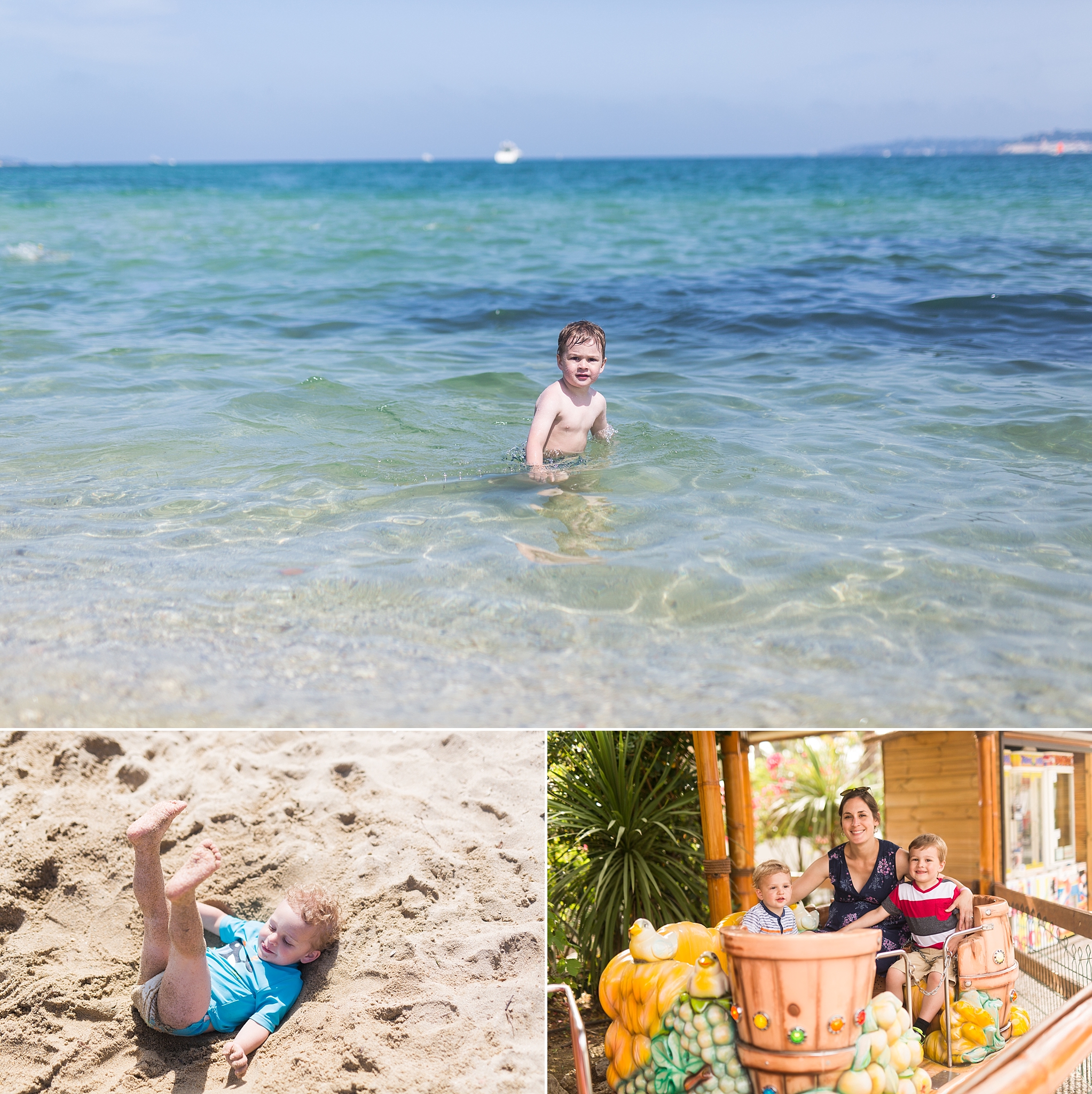 Grimaud, France, soaking in the sun on the beach. 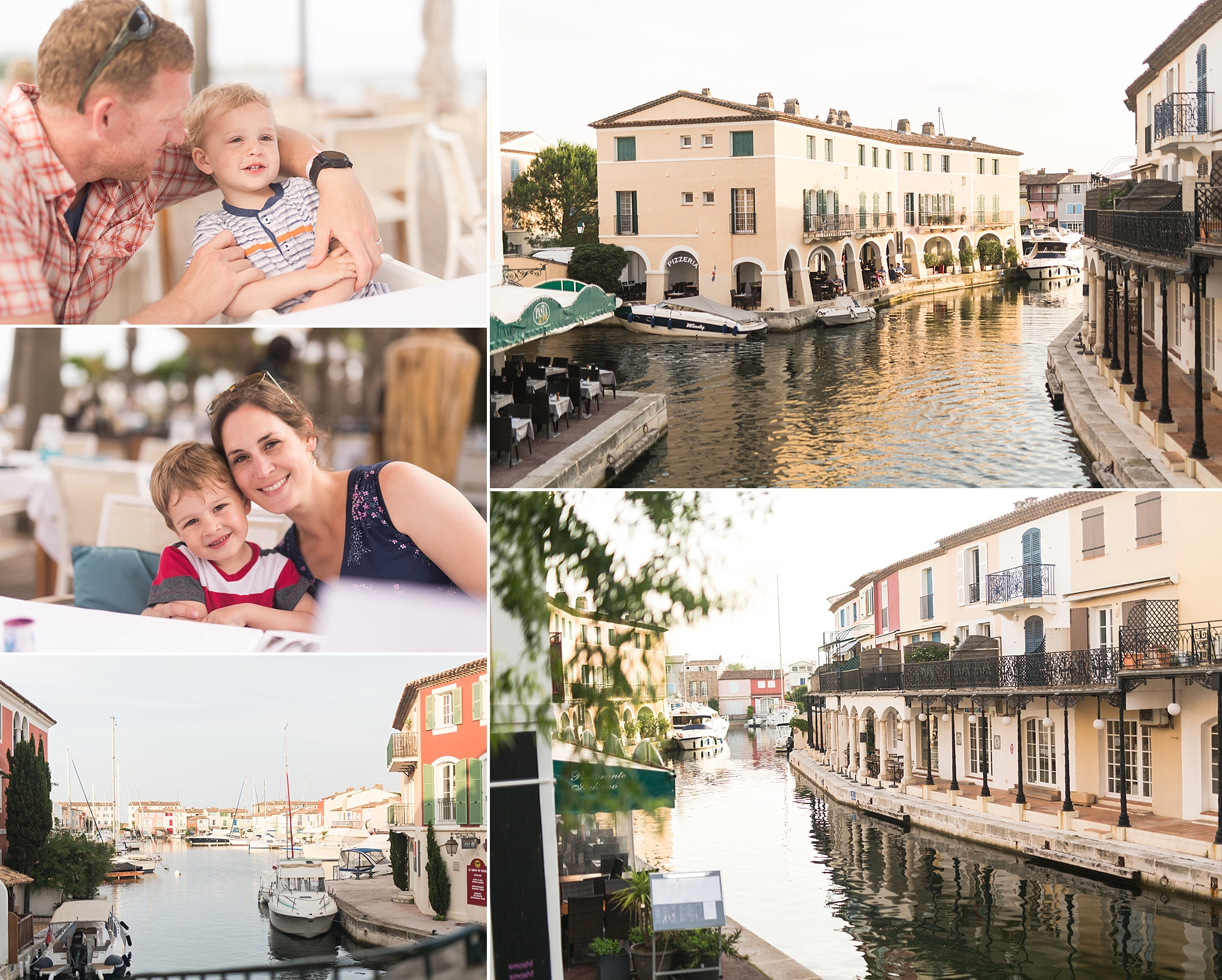 Port Grimaud, about 100 steps from the entrance/exit of Les Prairies de la Mer 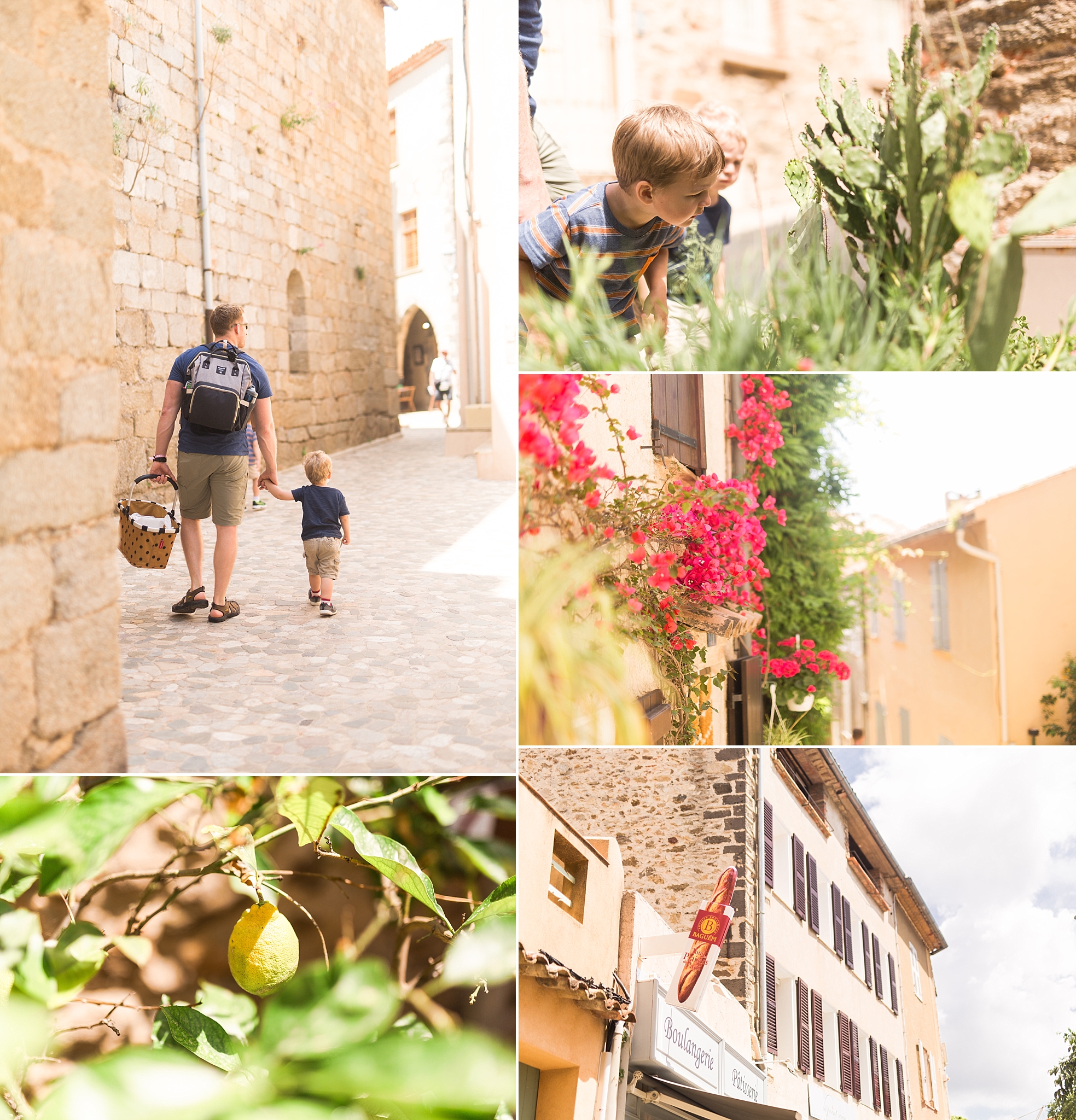 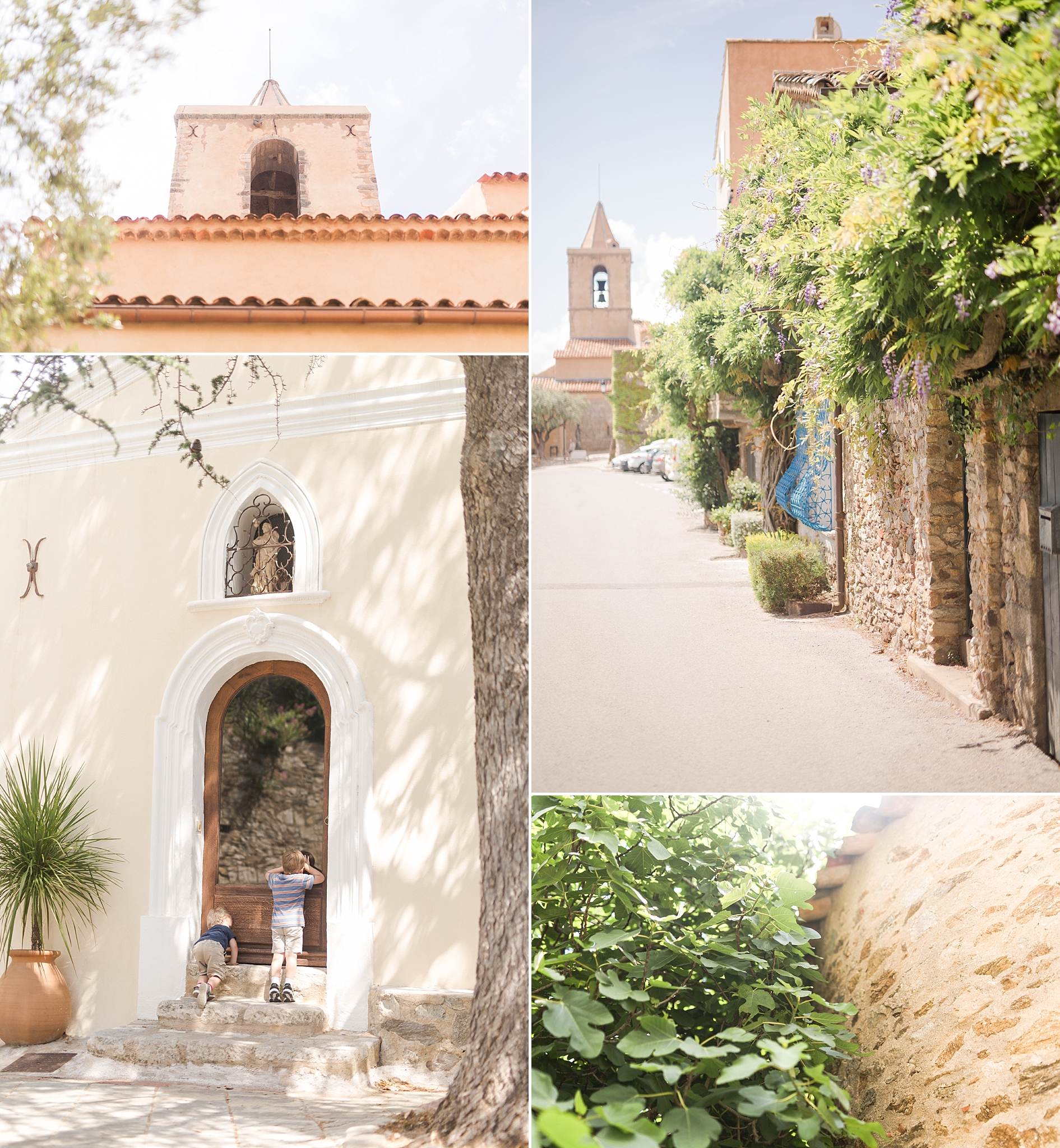 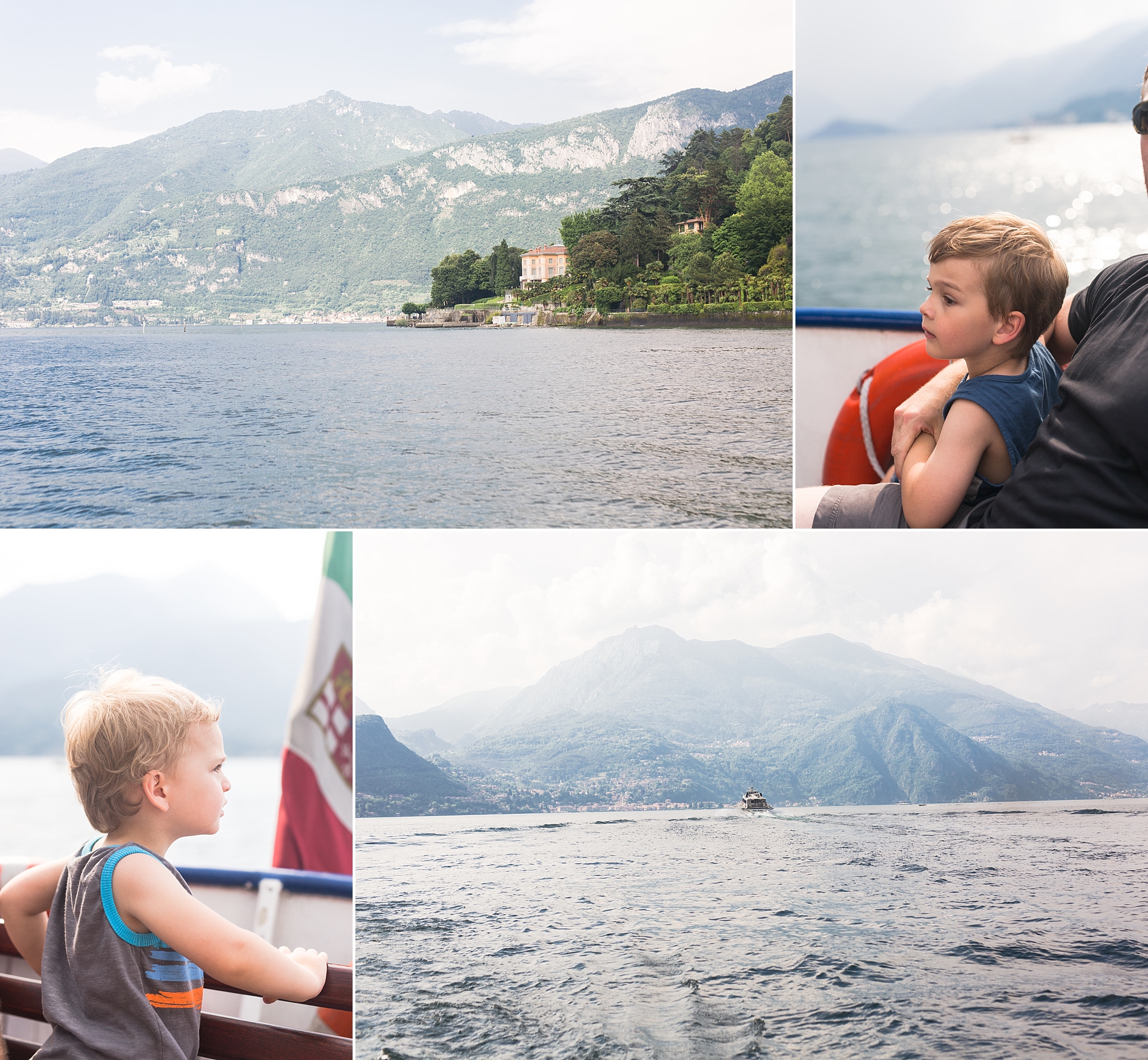 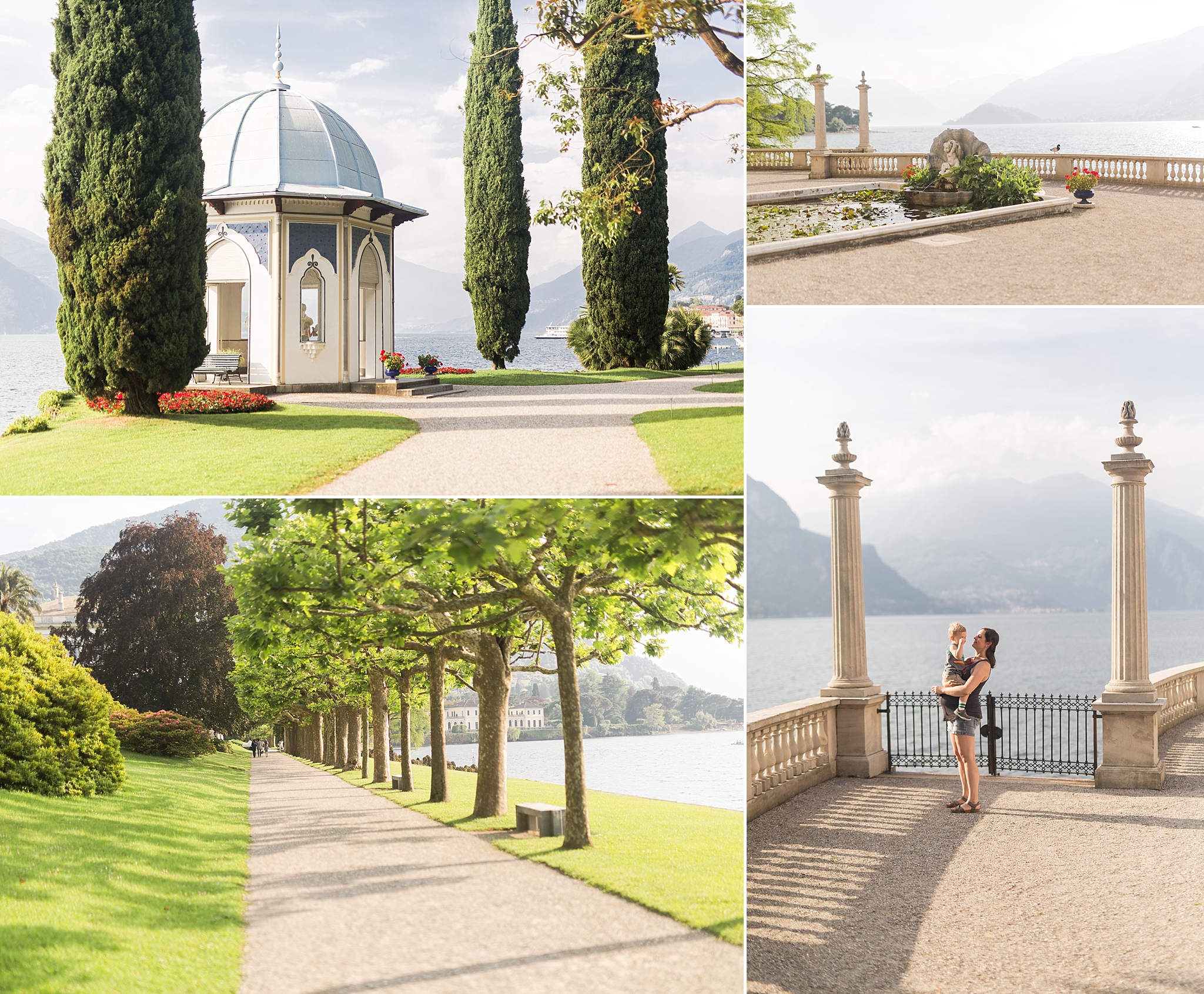 Just outside of Bellagio, walking back to the car after a day spent eating gnocchi and gelato (both x 2) 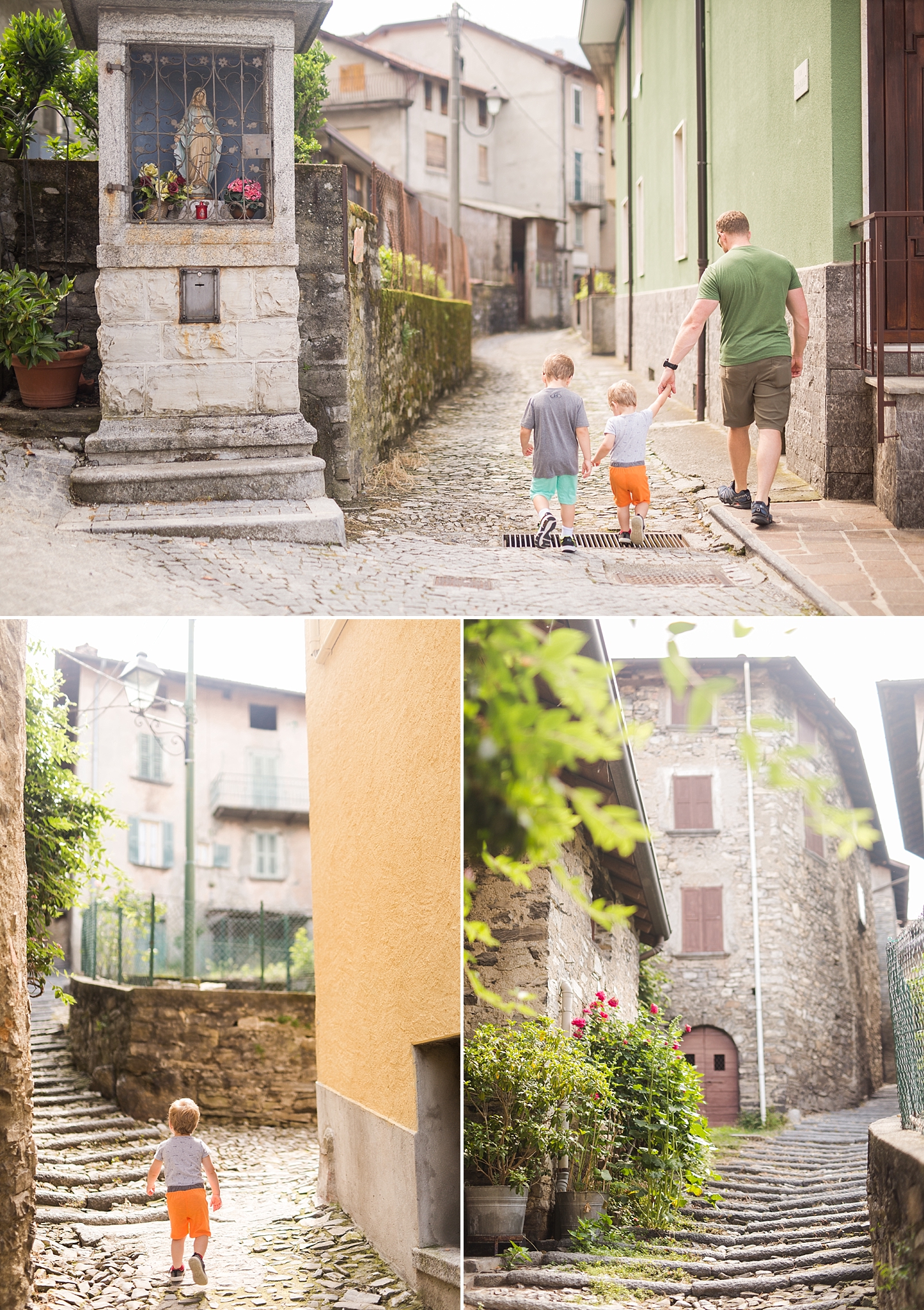 The town of Palanzo where B&B Aquarelle is. We spent about an hour after check-out to walk around the tiny village  and visit the wine press that dates back to 1572. The town still hosts a wine festival every fall, using the press to make wine! 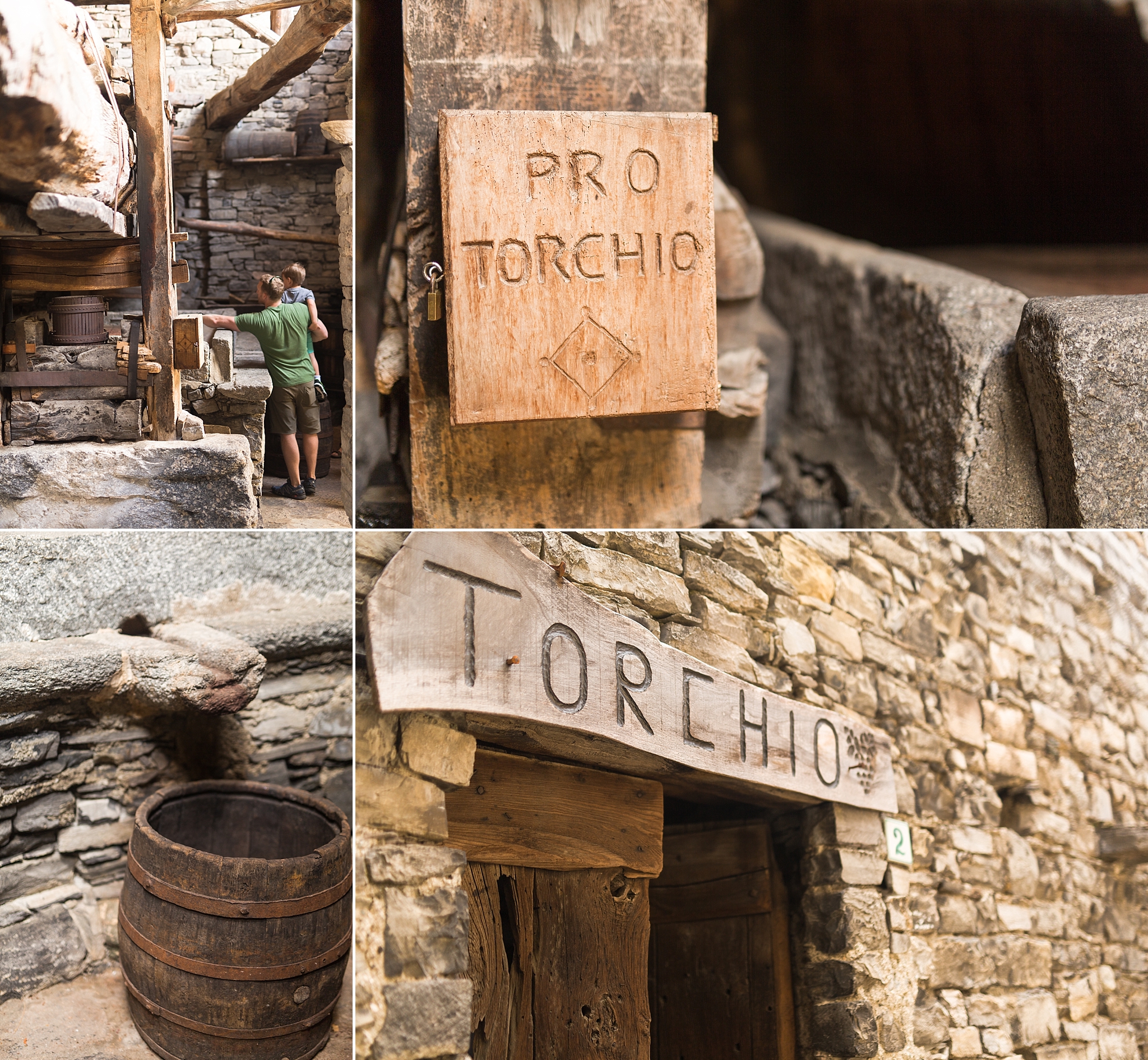 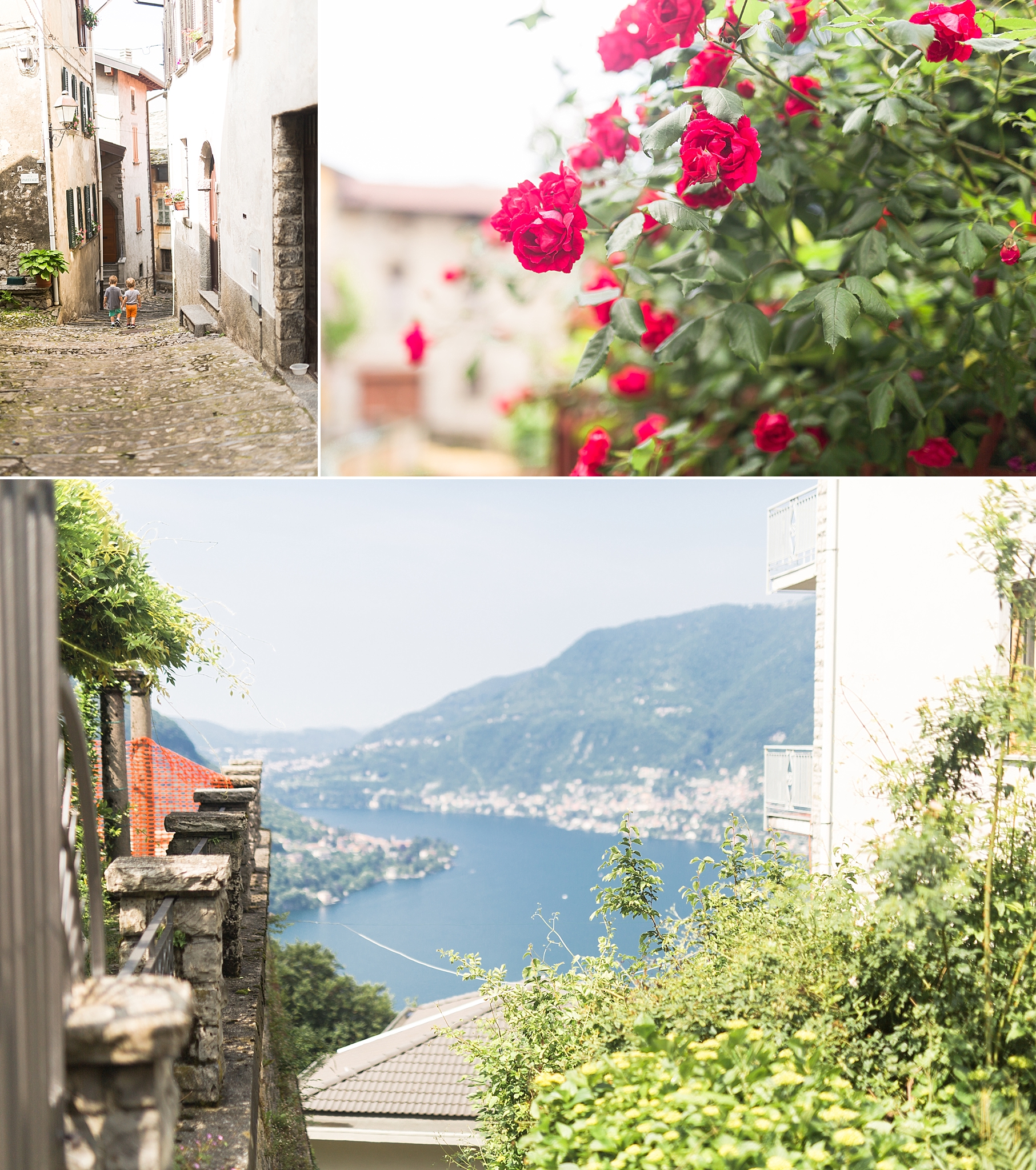 More from my site

Some favorites from last weekends wedding with the

This ring is so stunning, it might be one of my fa

Just a quick glimpse of last weekends wedding with

Kaitlyn Heacock is a wedding and family portrait photographer based in Rio Rancho, New Mexico.